What sex positions do you prefer? Take a look of our list where we explained some of the most popular sex positions in the world.

The missionary position is a sex position in which, generally, a woman lies on her back and a man lies on top of her while they face each other while having sex.
This is the most common sex position, but is not universally regarded as the most favoured one.

Sexual partners giving each other oral stimulation at the same time.
Sex position in which two people align themselves so that each person’s mouth is near the other’s genitals, each simultaneously performing oral sex on the other.

The penetrating partner lies on their back while the other person faces them and straddles them in a squat on top. This position is called “Cowgirl” because the woman looks like she is riding a bull.

Doggy style is a sex position in which a person bends over, crouches on all fours (usually on hands and knees).

Spooning is both a sex position and a cuddling technique.
Both partners lie on their sides, your front pressing against her back like the spooning cuddle position. 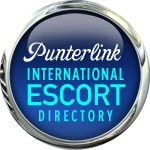 YOU MUST AGREE TO THE FOLLOWING BEFORE ENTERING!

WARNING - This area of the website may contain nudity and sexuality, and is intended for a mature person. It must not to be accessed by anyone under the age of 18 (or the age of consent in the jurisdiction from which it is being accessed).

I am over age 18 years old, and I have the legal right to possess adult material in my community.

I will not permit any person(s) under 18 years of age to have access to any of the materials contained in this site.

I am familiar with the rules governing the viewing or possession of sexually oriented materials as defined by my local jurisdiction.

I agree that responsibility for the editorial content, and/or the content of advertisers' pages do not necessarily reflect the opinions of the publisher of this website.

I am voluntarily choosing to access this site, because I want to view, read and/or hear the various materials which are available. I do not find images of nude adults, adults engaged in sexual acts, or other sexual material to be offensive or objectionable.

I will exit from this site immediately if I am in any way offended by the sexual nature of any material.

I understand and agree to abide by the standards and laws of my community. By logging on and viewing any part of this website, I agree that I shall not hold the owners of the website or its employees responsible for any materials located on the site.

This entire website, including it's code, images, logos, and names are protected by copyright, and any infringement of said copyright will be prosecuted to the fullest extent of the law. The creators of this website along with the services provided are released of all liabilities.